Misdirection
Meaning:  The act of distracting; drawing someone's attention away from something 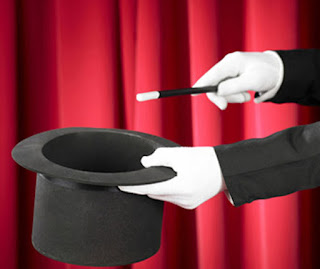 When performing a magic trick, a magician will often draw the attention of the audience in one direction, perhaps toward a comely young assistant  or a loud noise and puff of smoke, in order to divert attention from what’s really going on to accomplish the trick.  This is known as “misdirection”.

Looking at the “informational” pieces coming out of City Hall regarding some of the local ballot measures, if seems like nothing so much as misdirection. 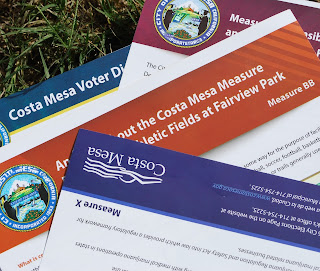 Measure BB is a prime example.

The tax-dollar-financed flyer talks about some of the resources of Fairview Park and includes considerable verbiage about the Fairview Park Master Plan.  The flyer even devotes the better part of a page to a map of the Master Plan.

But Measure BB has nothing to do with the Fairview Park Master Plan.

What would be allowed, then?

In addition to the low-key uses identified in City Hall’s flyer, Measure BB defines “passive recreational uses” to be any use allowed in Institutional and Recreational Zones and “typically occurring in parks” (Section 3 ).  We have a library, gymnasium, swimming pool and community center at Lions’ Park.  Other cities have fire stations, senior centers and even city halls in parks.  These are all important uses, but should they be permitted in Fairview Park? 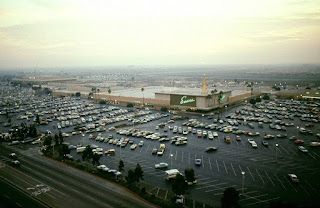 Measure BB would allow all that and more. Under Institutional and Recreational Zoning, total square footage of buildings could equal up to twenty five percent of the land area.  For Fairview Park that would mean up to about 2.26 million square feet of buildings.  That's just a tad more than the square footage of South Coast Plaza's main mall, located between Bear Street and Bristol.

And don't forget the parking.  Measure BB allows unlimited paving of the park.

Measure BB does not even guarantee that all of what is now Fairview Park would continue to be part of Fairview Park.

If you want to truly protect Fairvew Park, only Measure AA will provide that protection.

Vote No on Measure BB!
Posted by la femme wonkita at 6:30 PM