You may have received a mail piece claiming that back in 2010 the City had been running a deficit of $23 million that was quickly turned into a $13 million surplus.  Wow!  That would be some accomplishment—if it were true.

What do the City’s audited financial statements say?

According to figures in the Comprehensive Annual Financial Reports  (link ), expenditures exceeded revenues by $14.6 million in Fiscal Year 2008-2009 and by $16.3 million in FY 2009-2010.   So yes, the City did run in the red at the height of the Great Recession when revenues suddenly plummeted, but well below the $23 million claimed. 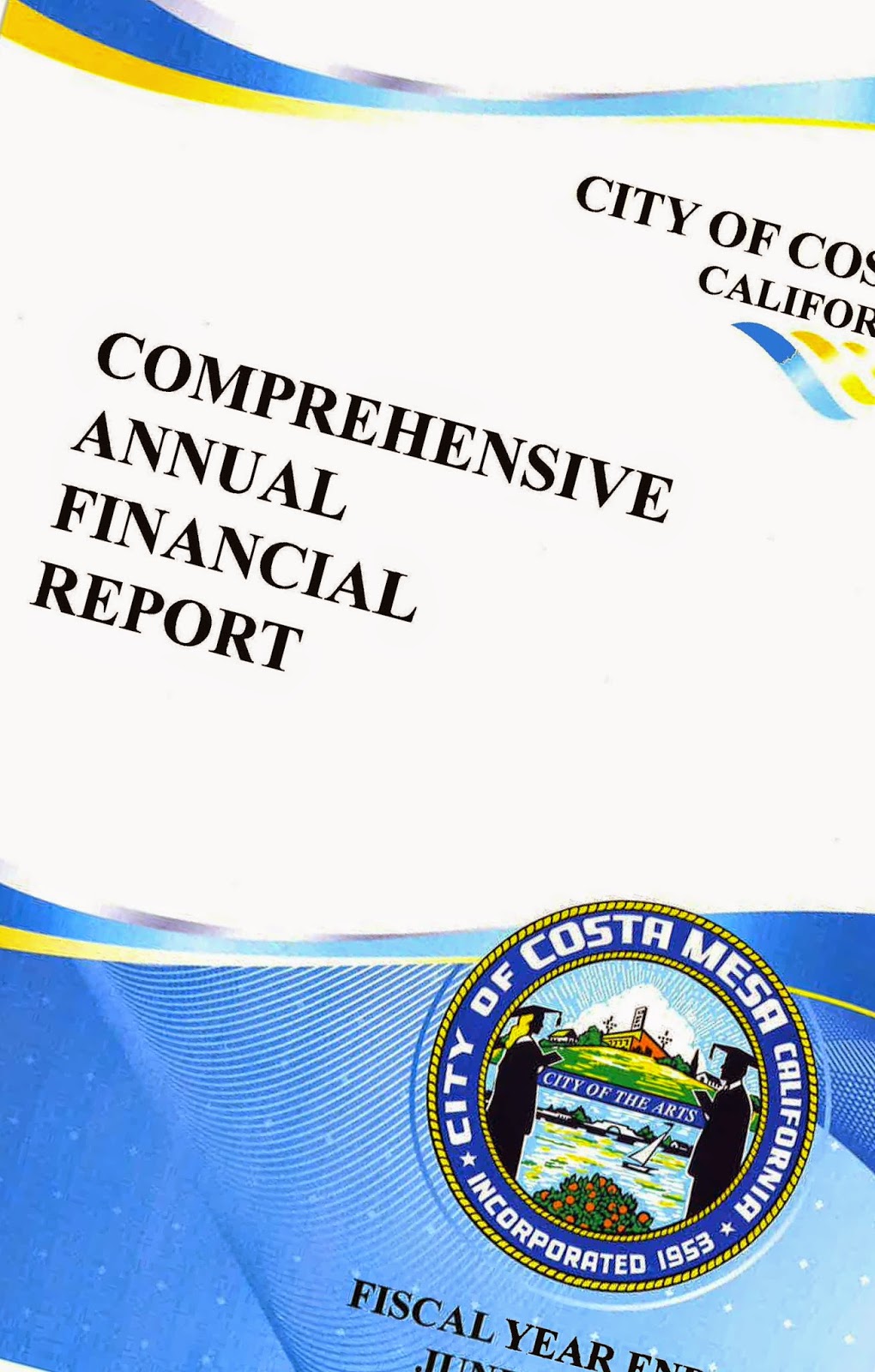 City leaders cut spending and sought ways to raise additional revenues, looking at everything from raising dog license fees to increasing hotel taxes.  As adopted in June 2010, the 2010-2011 Budget projected a deficit of over $9 million.

But the City Council (consisting of Eric Bever, Katrina Foley, Wendy Leece, Allan Mansoor, and Gary Monahan) continued to trim the budget through the summer and fall of 2010.  Employees agreed to various concessions, including paying a greater share of pension costs.  In November 2010, voters approved an increase in the hotel tax.  Best of all, the economy began to recover.

By the end of 2010, when Allan Mansoor and Katrina Foley left the City Council, the projected deficit had shrunk to $1.4 million. (staff report). Ultimately, the City finished the 2010-2011 fiscal year $2.95 million ahead.

The new Council (Eric Bever, Wendy Leece, Steve Mensinger, Gary Monahan, and Jim Righeimer) took several actions to cut costs in early 2011, but they didn’t go into effect that fiscal year.  These included getting rid of the police helicopter operated jointly with Newport Beach, cutting the number of police officers and giving notice to hundreds of employees.  They did increase the budget by $200,000 to pay for consultants.

That figure included a big gain, on paper, from the Redevelopment Agency due to statewide elimination of redevelopment agencies.  Oops!  The state said that wasn’t legal so the redevelopment funds were pulled back, resulting in a DEFICIT, on paper, of $7.8 million the following year (FY 2012-2013).  Costa Mesa may still get those funds back eventually, but in small increments paid out over decades.

And just in case you were wondering where we got that $4.5 million:  $2.5 million was a one- time asset from shutting down the helicopter program and selling the helicopters at a bargain basement price, $0.9 million from Orange County which had to pay back all local cities for tax collection overcharges, and $0.5 from cancellation of an affordable housing agreement with a developer.  These were all one-time payments which basically returned assets or overcharges accrued in prior years—maybe even in the years Costa Mesa showed a deficit.

As far as magically balancing the budget and saving buckets of money, excluding one-time, unusual gains, the Righeimer Council did manage to come out $600,000 ahead over two years—years that the economy was rebounding and City revenues were increasing.  At that rate, it would have taken previous councils hundreds of years to build up the reserves that tided the City over during the recession.


When it comes to public finance, it can be hard to know who's got the accurate figures.  I’m sticking with the auditors.
Posted by la femme wonkita at 5:27 PM 2 comments: