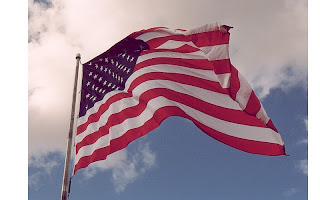 This morning, at the California Air National Guard facility on Newport Boulevard, members of the Costa Mesa community met to commemorate the tragic events of September 11, 2001. In addition to the formal program, attendees were offered the opportunity to sign banners offering personnel thanks to public safety personnel in New York and to our armed forces. If you couldn’t make it this morning, you still have a chance to sign at the Target store, where the banners will be available for signing later today.

Speakers included local dignitaries Tom Hatch, Dana Rohrabacher, Jim Righeimer, but for me most meaningful were the words of those in the trenches, most memorably Interim Fire Chief Kirk Dominic, who was also activated as a Reserve officer subsequent to the events of 9/11.

The ceremony concluded with the Pledge of Allegiance and the striking of the colors accompanied by the hymns and anthems for the various military corps. It was touching to see former Marines, now middle-aged suburban dads, rise to their feet in pride as the Marine hymn was played.

The event brought home the sacrifice of those who serve us so ably, at great personnel risk to themselves. If you get a chance, go over to Target and sign the banners. If you are unable to get over there, be sure to thank a soldier, a sailor or marine of your acquaintance, and next time you see them on duty, please thank our own first responders, the Costa Mesa Police, Firefighters and Paramedics.
Posted by la femme wonkita at 1:43 PM No comments:

A Lot On the City's Plate Tonight

The Costa Mesa City Council will be resuming their normal meeting schedule at 6:00 pm at City Hall (77 Fair Drive). They have a pretty full agenda. I encourage people to attend. It may seem overwhelming or pointless, but it can make a difference.

Just a few weeks ago, the Planning Commission seemed poised to approve a variance for a sixty-foot-tall building on Golf Course Drive where the man-made lake currently exists. Before the public hearing, Commissioners’ comments all seemed geared to justifying approval. Then the public spoke in unanimous opposition, and the Commission changed their tune (video at about 1:14). Yeah, it may be that Colin McArthy is planning on running for City Council and saw which way the wind was blowing. Doesn’t matter to me why they rejected the thing, though, just that they rejected it.

Some highlights on tonight’s agenda:

• Update on the status of outsourcing and requests for proposals.

• Hiring not just one, but two, additional attorney firms to help them with the outsourcing (consent calendar, Nos. 12 and 13). So now we will have THREE attorney firms contracted to deal with this, PLUS consultants helping with the requests for proposals and evaluations. Did anyone count the cost before they embarked on this course of action? Golly, if they save any more with this outsourcing scheme we’ll go broke.

• Proposed restructuring to re-arrange the chain of command for certain divisions, create a whole division for PR, instead of just the one consultant spinmeister. The public affairs office will also address legislative affairs. Do any of these guys have experience in legislative analysis? They also want to hire an executive secretary whose only duty will be to serve city council members full time.

• Presentation on the current employee pension system status and funding

• Proposed transparency ordinance regarding “ex parte” communications, which would require that council members reveal by whom they had been lobbied before voting on an issue.

• Creation of a successor agency to take the place of the old redevelopment agency, which will soon be dissolved under State law.

• More dipping into the contingency fund, i.e. slush fund, for non-essentials, in this case a grant to radio station KOCI, 101.5 FM, to install an emergency alert system like the ones already operated by existing commercial radio stations—which might not be a bad idea if you are in a part of town where you can consistently get the signal clearly.

• Posting signs on City property warning of the dangers of amalgam dental fillings—requested by a council member who makes a good chunk of his income selling more-than-just-medicinal booze and who refused to support posting warning signs in City parks and playgrounds when pesticides were being used.

• Proposed helicopter landing pad at 3132 Airway Avenue considered by some to be an expansion of the JWA/Orange County Airport footprint which will likely be continued to another meeting.

The City Council cancelled the August 16 meeting claiming there just wasn’t much they needed to do, but it seems as if just maybe they could have covered some of this stuff a couple of weeks ago.
Posted by la femme wonkita at 3:07 PM No comments:

Tonight, August 10 at 6:00 pm, the Parks and Recreation Commission will be addressing the following item:

Review of Statement of Qualifications (SOQ) for the Upgrade,
Operation and Maintenance of the Tewinkle Park Sports Complex

Based on the staff report, it appears the City is considering operating the Tewinkle Park Sports Complex as a private concession. The City was approached about a similar concept by a private firm, Municipal Sportspark Management, in late 2009. MSM made a presentation at an October 2009 study session , but the minutes for that meeting reveal no direction by Council, and we haven’t noticed anything agendized for public discussion since.

Had the Council agendized consideration of a concession operation at the Tewinkle Park Sports Complex, isn’t it likely that baseball and soft ball players and parents would have stepped forward to comment? Wouldn’t adjacent residents have concerns? Has the City consulted any of these groups at all? When?

The staff report indicates that “At the request of Mayor Monahan, staff requested SOQ’s from a few local firms”. Does staff often circulate similar requests at the behest of a single council member?

Doesn’t Council policy require that council members get the approval of the council as a whole before pursuing any project requiring more than four hours of staff time? Wouldn’t preparation, circulation and review of the Request for Qualifications (RFQ), along with preparation of a staff report take at least that long? On just that basis the Council majority recently attempted to stymie Council Member Leece’s effort to bring forth a transparency ordinance which she had already fully prepared without staff assistance.

But why worry about blowing off adopted Council policy when you’re blowing off a court order? Costa Mesa has been ordered by the Orange County Superior Court to cease private outsourcing efforts and enjoined from laying off employees for outsourcing purposes. But here we see a City Commission prepared to review SOQs—if at least they have copies—which includes the following question:

"Would your company offer employment to City employees who are laid off as a result of outsourcing the operation of this recreational facility?"

At the August 2 City Council meeting, the Council was scheduled to consider procedures for review of proposals and qualifications for outsourcing, but the item was postponed. Even if moving forward with this item were consistent with Council policy in consuming less than four hours of staff time; even if there were no injunction prohibiting private outsourcing; wouldn’t it at least make sense to wait until the council had adopted procedures?

Posted by la femme wonkita at 3:05 PM No comments: