The Grift That Keeps on Grifting 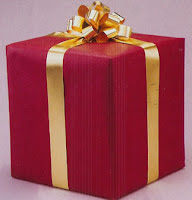 Last weekend marked the second anniversary of the Kelo decision. In Kelo, the US Supreme Court found that economic development was a legitimate government activity which justified the taking of property from one private party by eminent domain to sell or give to another private party. Ludicrously, the so-called conservative court seemed to agree that somehow “the economy” actually could be “developed” through such misadventures.

The entire premise behind the creation of a redevelopment agency is that the market does not work, and that a bunch of amateurs on city commissions, with little or no training in land use or economics, can do better than the market. That’s what happened in Costa Mesa. The existing small businesses were not thriving enough, in the eyes of some, so they were forced out, the buildings demolished, and the land sold at a discount to a developer who created that great success of a vacant white elephant, Triangle Square a.k.a. The Palace of Eminent Domain.

Where do the redevelopment agencies get the money to indulge in such folly? From the “tax increment” -- basically a shell game that reallocates property tax revenues from other agencies.

Property taxes are divvied up by several local agencies including city government, county government, school districts and other special districts. Typically, schools get at least half, the city and county each get around fifteen to twenty percent and other agencies get smaller portions. When a redevelopment area is established, revenues to all of those agencies are frozen, and any increase in property taxes goes to the redevelopment agency, whether or not the agency actually does anything productive.

In Costa Mesa, that means that the city general fund and other public agencies are getting just what they got from property in the redevelopment area in the early 1970s. Not a penny more. In Santa Ana it’s the same, while Huntington Beach established most of its redevelopment areas a few years later, in 1982. As property values and property taxes increase, all tax revenue above the decades-old baseline amount goes to the Redevelopment Agency.

Thus, these cities must pay 2007 salaries to police and fire personnel out of 1975 or 1982 revenues. They have to pay for utilities, fuel, and office supplies at 2007 prices out of revenues fixed at thirty-year-old levels. Non-redevelopment portions of these cities must make do with less.

Adding insult to injury, when property is taken by eminent domain, the property owner quite reasonably is permitted to transfer his or her Prop 13 tax limit to a new, similar property. This takes a bite out of local property tax revenues in the relocation area.

This is not chump change, either. In Costa Mesa , “tax increment” will amount to over $3 million this year. In Huntington , it will be a little under $14 million (which would go a long way toward paying for that levee in the Parkside/Wintersburg Channel area), while Santa Ana is anticipating $50 million in tax increment this year, still small potatoes compared to Los Angeles which will divert a whopping $215 million in tax increment to the city redevelopment agency. Statewide it adds up to BILLIONS every year, dwarfing the state infrastructure bonds passed by the voters last November.

That’s billions that could be going to schools, libraries, parks, police, paramedics, flood control and street maintenance -- every year. Instead, by law twenty percent must go for low and moderate income housing, which is a recognized need, and the rest goes for administration, consultant studies, handouts to developers, attorneys, tearing up streets to put in decorative pavement, consultant studies, more handouts to billionaires, attorneys, consultant studies, decorative lighting, and oh, did I mention attorneys and consultant studies?
Meanwhile, we are asked to pass bond issue after bond issue to raise funds for basic infrastructure, to raise taxes to pay for local roadways, while we scrimp by with less and less in non-redevelopment areas. But don’t you just love that decorative pavement?
Posted by la femme wonkita at 1:02 PM 6 comments:

Lately, it seems every time someone wants to add more development, usually over and above levels already allowed in the general plan, they label it “smart growth”. The term was originally coined to mean a specific type of balanced development meeting certain criteria, but has evolved to mean just about whatever a developer or compliant city council wants it to mean. High-rise development in Town Center? Smart growth. More development along already congested Mariners’ Mile? Smart growth. High density housing/instant tenements on Costa Mesa’s West side? Smart growth.

If there’s a buck in it, it’s “smart”. Never mind that traffic is close to a standstill at rush hour. If we build more stuff, it’ll get better. Don’t agree? Well, you’re just not smart!

The May 30, 2007 issue of LA Weekly has a fascinating article about “smart growth” in Los Angeles. Writer David Zahniser recounts how LA planners intend to change people’s commuting behavior by increasing density to the point that residents will be so miserable in traffic they will not only willingly abandon their cars and accept mass transit, they will demand it.

Zahniser quotes Gloria Ohland, vice president for communications with Reconnecting America, a group promoting rail and transit, “Traffic, which is the problem, is also the solution… So I would argue, boost the density in Century City. Build it out to the max. And then, there will be the constituency to build a subway down Wilshire Boulevard.”

The solution is to make people more miserable. Isn’t that smart? Now read the article and substitute Bristol Street for Wilshire Boulevard, South Coast Metro/JWA for Century City, and Center Line for “a subway”.

“Smart” planners like this scenario. Not only do they get to process more development, thereby ensuring job security, they can get outside funds for planning transit oriented development. “Smart” politicians like it, too, ‘cause they never have to say “No’ to their developer clients… er… campaign contributors.

“Smart” developers absolutely adore this latest fad in land development. Not only do they get to build, build, build, in anticipation of some future, not-yet-funded transit, if the transit actually were to occur, under state law they can get a density bonus of twenty five percent or more for development within a quarter mile of a transit station or location where bus lines meet. Even better, their new, “smart” development is exempt from growth limits imposed under local congestion management plans. . Then they’ll get to build even more. It's called taking advantage of "infill opportunities". We’ll build ourselves out of congestion!

And how’s that working been working? Not real well in Los Angeles or Orange County which, according to a 2005 Federal Highway Administration study, have five of the most congested bottle necks in the nation. But the “smart” developers and politicians tell us it’s because we don’t have the mass transit which will come naturally if we just grow more.

How about a city known for its mass transit, like Chicago with its L train, subway, and bus system? They’ve got three of the top twenty four. Or Washington, D.C., with it’s Metro Rail. They only have two of the top twenty four, while Time Magazine reports that the average speed on the DC Beltway is all of 23 miles per hour.
Maybe they just don’t have “smart” growth. Maybe we need to look at a place like Portland, Oregon, known for its commitment to creating a “livable community” (a catch phrase preceding “smart growth”). Well, the Portland Tribune reported that local peak hour speeds on the I-5 were 22 mph, while peak hour speed on Highway 26 had fallen to 18 mph, though this subsequently increased after the highway was widened. No “smart” solutions there. Just plain old highway construction.

Still, our leaders in southern California apparently keep hoping that soon people will dump their cars and jump into mass transit. Either that, or people will move to within walking distance to work—if not out of state in frustration. Congestion will just melt away if they build enough.
Isn't insanity said to be expecting a different outcome while repeating the same thing over and over again?
Posted by la femme wonkita at 7:35 PM 2 comments: