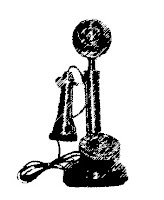 Get your Bluetooth ready. Starting Tuesday, July 1, it will be illegal to operate a vehicle in California and use a cell phone unless you have a hands-free device. Under the new law, you'll be hit witha $20 fine for a first offense and a $50 fine for each additional offense. Not a fortune, but a night at the movies.

Just in case you're wondering what to do with your hands while driving—well, other than eating, flossing your teeth, shaving, putting on makeup, and playing the clarinet—Chrysler’s got just the thing.

Nothing in the UConnect system will keep motorists from doing these things while driving, though Chrysler says they will discourage it. In response to concerns raised by safety advocates, Chrysler connectivity manager Keefe Leung indicated behavior behind the wheel was up to the driver. Leung said, “We’re relying on the responsibility of the consumer.”

In a further effort to broaden Chrysler’s appeal, Chrysler will also begin offering an optional roof-mounted gun turret on selected models. The turret will be available as an individual option, or included in the PT P Diddy Package or Ludacris Town and Country Package, including gun turret, 14 K gold electroplated rims, satellite radio and Bose sound system. The Ludacris package will also include extra cup holders.

Spokesman Moe Rawn said “This package will allow Chrysler models to better serve the urban market”, suggesting an intent to go head to head with Escalade. In response to concerns raised by safety advocates and law enforcement, Rawn said “We’re relying on the responsibility of the consumer”.
Posted by la femme wonkita at 10:20 PM No comments: 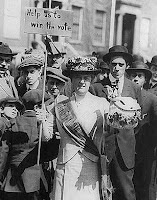 This week Sandra Hutchens was publicly sworn in as Orange County Sheriff-Coroner. By all accounts, Hutchens is bright, tough, and highly experienced. An added plus, she comes in as an outsider not obviously allied with any political faction in Orange County, but has the political savvy to have risen high in the Los Angeles County Sheriff’s Department. She seems a great choice for our troubled Sheriff’s Department.

Why don't we get to vote?
How can we have an appointed sheriff? Under California’s Government Code, all elective county officers, except supervisors on a split cycle, are to be selected at the same election as state governor. Just in case there were any question, the Code specifically says that sheriff is to be elected on the same gubernatorial cycle and that vacancies are to be filled “as provided by law”.

But what about the California Constitution? It says we’re to have an elected sheriff. The precedent setting cases above don’t address offices that, under the Constitution, must be elected.

Does the California Constitution even allow an unelected sheriff? State law says that if the office of sheriff becomes vacant, the undersheriff is to assume the sheriff’s duties.

Should we have to make do with an undersheriff until 2010? That seems unsatisfactory. Would an undersheriff be able to authoritatively undertake the reforms the Orange County Sheriff’s Department so clearly needs?

We can vote in the future.
Do we really only have three choices? Violate the California Constitution, violate State law and judicial precedent, or muddle through with an undersheriff?

The Orange County Charter requires that vacancies on the Board of Supervisors occurring in the first three years of a term be filled by election. Vacancies in the final year of a supervisor’s term are to be filled by the top vote getter in the March primary.

Why not change the charter to apply this provision to any elected county office, or at least those the State Constitution specifies as elected offices? There’s an election this November. It’s not too late to place a charter amendment on the ballot.
Then again....
On the other hand, maybe the system has worked pretty well as is. A local councilman seems unable to believe that a Y chromosome is not essential equipment for the job. He’s not alone, either. Even the Democrat’s presumptive nominee for president , for cryin’ out loud, puts down a respected female reporter as “sweetie” and blows off her question with barely a ripple in the media. Are the voters of Jurassic Park numerous enough to sway an election to a lesser candidate purely on the basis of sex?

Maybe the OC Supes are doing OK the way it is. After all, the voters picked Carona in the first place.
Posted by la femme wonkita at 6:01 PM No comments: 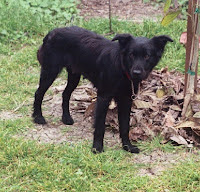 If you’re considering an addition to your household, try a visit to the Orange County Animal Shelter , at 561 The City Drive South, across the street from The Block in Orange.
This Saturday, June 28, the shelter will be holding a pet fair. In addition to dogs, cats, bunnies (lots of bunnies, bunnies doing what bunnies do), and other animals up for adoption, there will be demonstrations and even free stuff.

The shelter has some very nice animals in a range of sizes and types. The shelter is required to accept all comers and therefore cannot be a no-kill shelter. Any animal you adopt will enrich your life immeasurably and will make room for the other guys, letting them stay around until their owners can find them or they find good homes, too.
Summer can be especially bad. Housesitters accidentally leave gates open, and pets get out. Pets panic on the 4th of July and take off. People move, and barbaric as it may seem, leave their pets behind to fend for themselves.
Go to the shelter and do somebody a favor--maybe yourself.
Posted by la femme wonkita at 3:58 PM 1 comment: 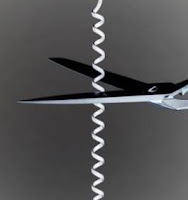 After having been voluntarily incommunicado for some time, what was voluntary has been forced in recent weeks, thanks to AT&T and Caltrans.

On May 27, Caltrans contractors working on the 405 Freeway near Fairview hit seven major telephone cables serving hundreds of us in the Killybrooke and Mesa Verde areas of Costa Mesa. So, if you had no land line or DSL, you can thank Caltrans.

I learned this not from the phone company, who merely promised to send a repair rep, not from the newspaper, but while out for a walk. Gracie and I have continued our long rambles-- previously in the company of our late buddy Harley--into odd pockets of Costa Mesa and beyond. What should we come upon but an AT&T truck convention in Gisler Park! The repair guys were hard at work, but took a few minutes to explain what had happened.

We couldn’t phone out, and calls to any of the affected phones resulted in a continuous busy signal. Our service was restored after a few days, though not without some strange effects on the answering machine. Others weren’t so lucky. When we next visited Gisler Park, on June 7 over ten days after phones first went down, AT&T crews were still working to restore remaining outages.

As if that weren’t enough, AT&T has also been putting new equipment on the lines to provide telephone, high speed internet, and TV from their boxes, so next time Caltrans hits something we can lose the TV, too. The work on the lines caused additional, intermittent outages—and an even more goofed up answer machine. A subtle means of recruiting subscribers for their message service, perhaps?

AT&T says they will adjust our bills for downtime, but will not reimburse us for extra minutes on our cell phones. For that, maybe Caltrans should take responsibility. District 12 offices serving Orange County are at 3347 Michelson Drive, Suite 100 Irvine CA 92612-0611, phone 949-724-2000
Posted by la femme wonkita at 3:27 PM 1 comment: