When told that the peasants were revolting, the king sniffed and replied, “They most certainly are!” 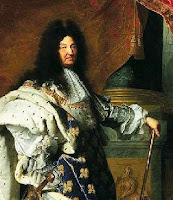 Why do so many “public” officials seem so uncomfortable with the public in general? Locally, some council members merely go through the motions during public hearings, alternately acting bored, impatient, and contemptuous. But at least all members of the public have an equal chance to speak—even if council members aren’t all that interested.

That isn’t the case in all “public” hearings these days. For example, at California Coastal Commission hearings, anyone holding an elective office may speak before us mere mortals, giving the term “first among equals” a whole new meaning. But it’s not equal either. Elected officials get extra time.

It doesn’t matter what office you hold. If you manage to get elected to the Happy Camp Community Services District Board in Siskiyou County, your testimony on endangered birds in San Diego is way more important than that of any local resident or even renowned ornithologists. Who cares if you’ve never been south of Los Angeles?
Some Are More Equal Than Others

The National Oceanic and Atmospheric Administration (NOAA) has taken this to a whole new level. After receiving masses of requests to hold a public hearing before making a decision on the southern extension of the Foothill/Eastern Transportation Corridor/State Route 241, NOAA scheduled a hearing for Monday, September 22, at the Del Mar Fairgrounds. This was over the protests of the Transportation Corridor Agencies (TCA) who wanted to exclude the public.

As stated in NOAA’s published guidelines: "… no testimony or presentation by either TCA or the Commission is anticipated or requested, as the purpose of the hearing is to solicit public comments. If, however, either party chooses to appear, it will be allowed three minutes to give testimony. "

Now that NOAA has issued their speaker schedule, we see find that 134 elected officials and representatives of organizations will be afforded four minutes each to speak with an estimated twenty (20!!!) members of the general public allowed up to three minutes each, though over five hundred members of the general public submitted requests to speak. So much for soliciting public comments.

Who are the priority speakers? Well, there are fourteen members of the Transportation Corridor Agencies (TCA) boards, plus TCA chief executive Tom Margro, for about an hour of TCA testimony, assuming four minutes each.

What organizations are represented? There are many recognized groups, such as environmental groups, Native-American tribes, labor unions, and business associations.

A Parody of Public Participation
In addition, NOAA is also considering private businesses to be “organizations”. Thus CH2M Hill, design manager for the proposed tollroad, gets priority speaking privileges as an organization. Wonder if they’ll be billing for their time at the hearing.

Other “organizations” include Rancho Mission Viejo/Tony Moiso, a cable television company, a magazine publisher, and an attorney whose “organization” consists of his own small firm.

Boy do I feel silly. I could have slapped my speaker request on business letterhead and had a priority speaking spot. But it wouldn’t have been right.
It wouldn’t be been the only thing not right, though. NOAA seems to have sought a way to satisfy both the TCA, who wanted to stop any hearing, and the thousands of California residents who wanted a hearing. NOAA will hold a “public” hearing while denying meaningful participation by the public in general through a system of speaker priorities.
But I’m still going.
Posted by la femme wonkita at 11:43 PM 4 comments: