Show Me the Money

For the past five years, we’ve been hearing about the drop in Costa Mesa’s reserves and the need to replenish our reserves.   We’ve heard politicians brag about rebuilding the reserves.  Then why are our reserves still so low, even with record revenues? 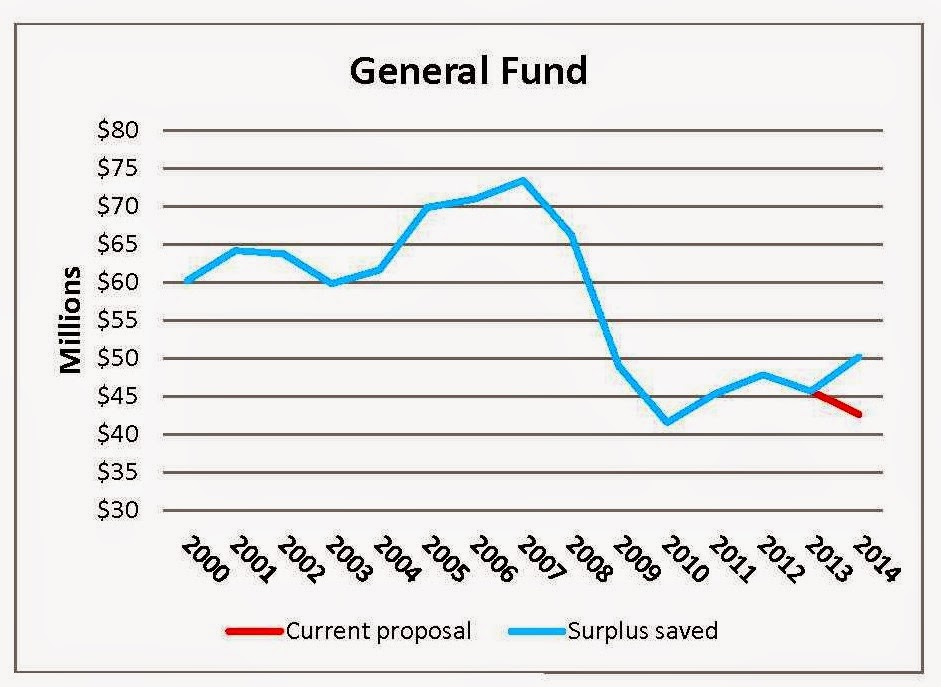 Unfortunately, that’s not what’s currently being suggested for Costa Mesa.  At the end of the fiscal year, we took in $4.5 million more than we spent.  But the adopted budget would have put us $5 million in the hole. So we’ve got $4.5 million more in our bank account, but we're $9.5 million ahead of the dire financial straits projected earlier in the budget year.

Now, instead of being glad we dodged a bullet, we’re thinking about a shopping spree.  Yep, we saved $4.5 million and to celebrate the City’s poised to adopt a plan to allocate $9.5 million.   Of course,  $2 million of that $9.5 million would go back into our general fund balance, so we’d only deplete our savings by $3 million.  But that’s nothing to celebrate.

The Council has been presented with a policy that would enshrine this sort of shell game.  Instead of allocating only excess revenues, future City Councils would allocate what’s called the “positive variance”, i.e. the sum of excess revenues plus money we might have pulled out of savings but didn’t.  It’s positive as long as we don’t do any worse than our conservative worst case scenario. 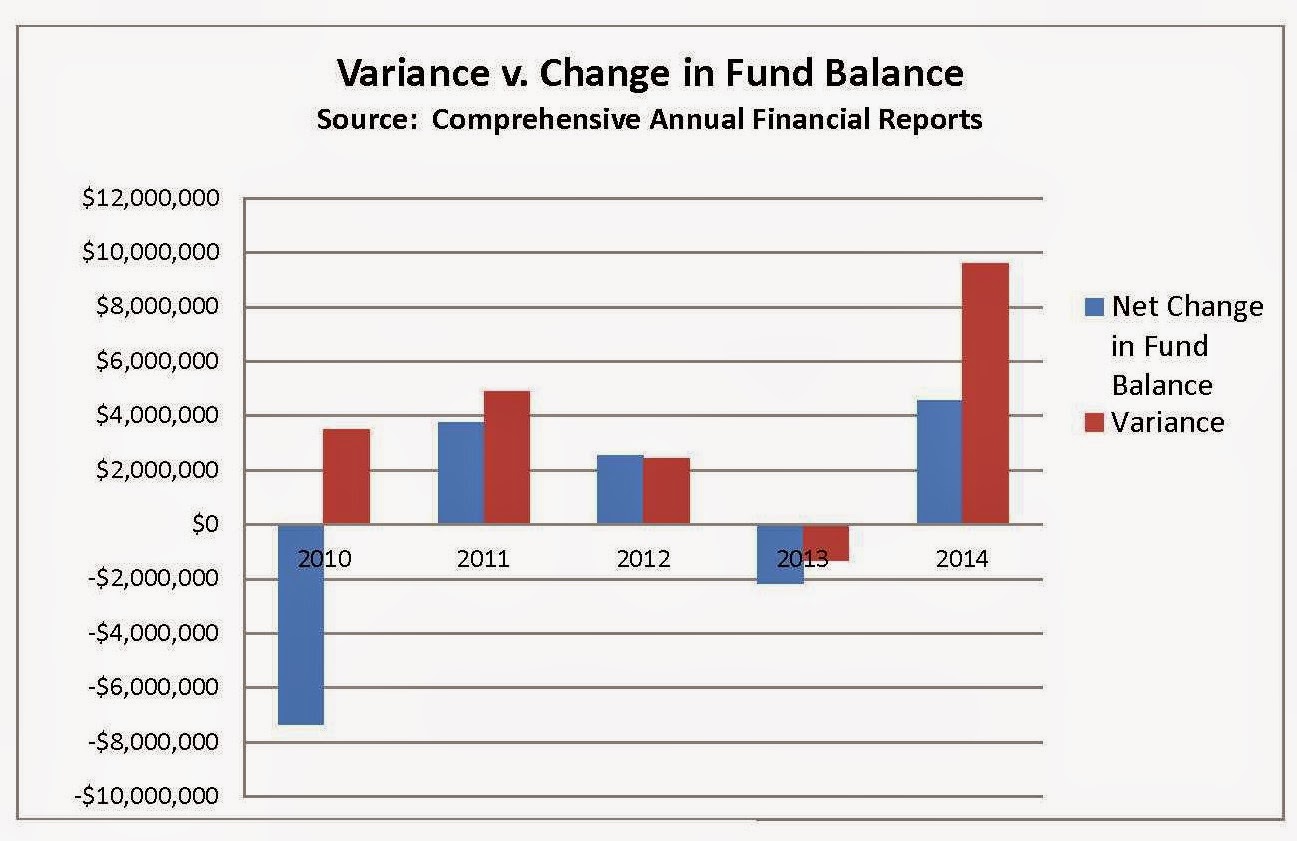 But does it really matter? How different are these?

The total difference since 2010 years adds up to about $10 million.  Spending our "positive variances"  would potentially cut our reserves by $10 million over just a few years.

The City's proposed financial policy does include priorities  for allocating the funds in question.  However, while replenishing reserves is listed first, this apparently doesn’t reflect its priority over other uses.  Paying off unfunded pension obligations is listed second, with capital spending last.  Yet, recommended use of the “positive variance” is mostly to capital spending.  Only $2 million would be returned to reserves, for a net loss of $3 million in reserves.

This is barely greater than the low point of the recession. 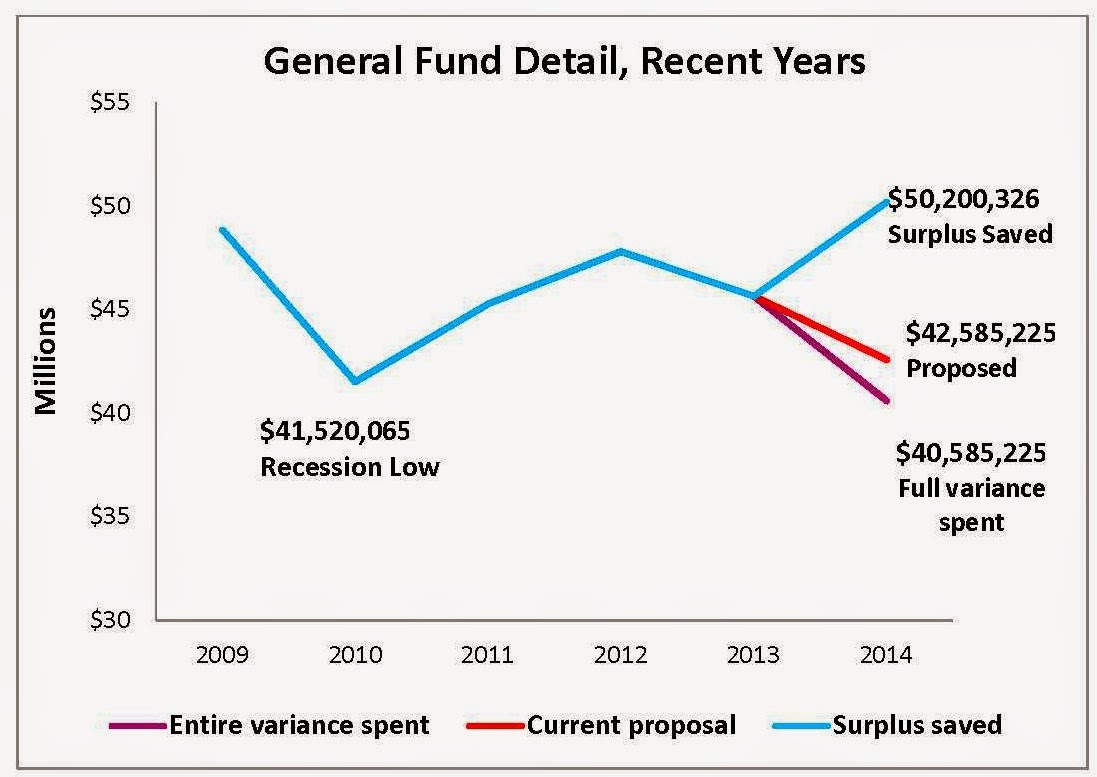 It’s actually lower if even our current modest rate of inflation is taken into account.  The $41.5 million low in 2010 would have to have grown to about $45.4 million to have the same buying power.


How is it that a general fund balance of $41.5 million was considered a disaster a few years ago, but in 2015 about the same amount is suddenly OK?
Posted by la femme wonkita at 3:42 PM No comments: